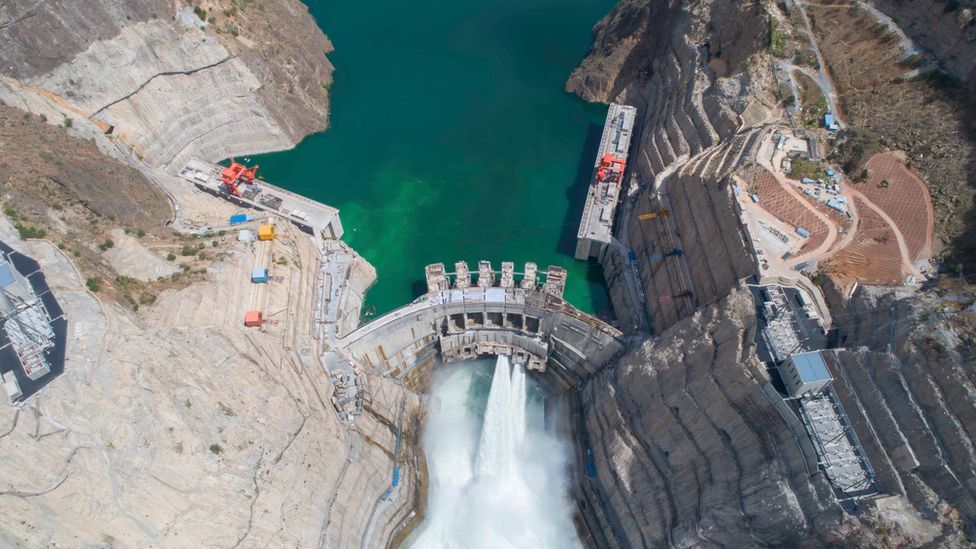 The construction of large-scale dams has played a surprising role in limiting rising seas, say scientists.

Over the past century, melting glaciers and the thermal expansion of sea water have driven up ocean levels.

But this new study finds that dams almost stalled the rising seas in the 1970s because of the amount of water they prevented from entering the oceans.
Without them, the annual rate of rise would have been around 12% higher.
Measuring how much the seas have risen over the past 100 years or so is a difficult task for scientists.

Researchers found that there was a gap between how much water they knew had gone into the oceans compared to how much those oceans had actually risen by over the past century.

In this new work, the authors revisited information about sources and measurements to come up with a new, more accurate estimation.
As well as the melting of glaciers and the thermal expansion of the seas from heat energy entering the waters, the researchers found that water storage facilities such as dams and reservoirs had made a significant impact on sea levels throughout the period.

There are around 58,000 large dams in the world right now with many of them constructed over the past 60 years. 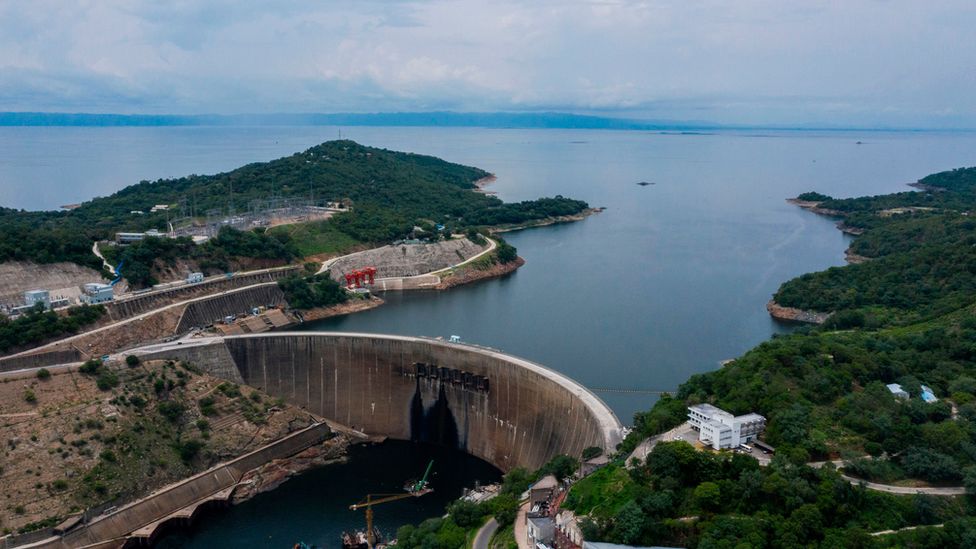 Image captionThe Kariba dam, on the border between Zambia and Zimbabwe, was the world's biggest when built

The 1950s to 1970s saw a building boom with several large-scale constructions completed, including the Kariba Dam in Zimbabwe, the Bratsk Dam in Siberia and the Aswan High Dam in Egypt.

When the full impact of these giants came on stream in the 1970s, their ability to block water from going into the sea slowed the ongoing rise in global sea level.
"A large part of this dip is because sea level [rise] was almost brought to a halt because of the amount of water stored in dams," said lead author Dr Thomas Frederikse, from Nasa's Jet Propulsion Laboratory in Pasadena, California.

"So by building dams, we almost stopped sea level rise for a decade or so." 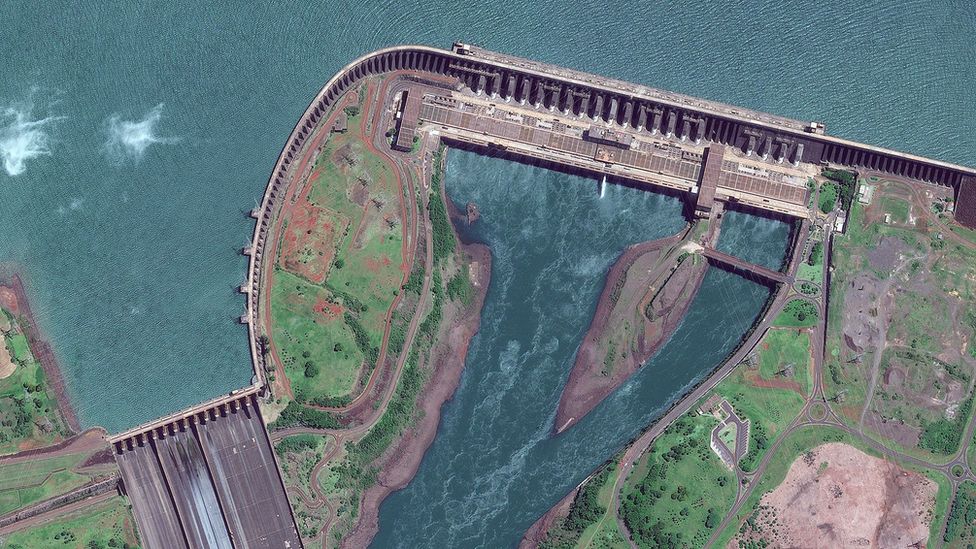 Image captionMany dams, like the Itaipu between Paraguay and Brazil, hold back large amounts of water to generate electricity

The study finds that overall sea level has risen by approximately 1.56mm per year between 1900 and 2018.

The largest contributors to rising seas over most of the 20th century have been melting glaciers which have responded faster to a warmer world.
Over this whole period, the authors believe that sea level would have been around 12% higher without the influence of dams and reservoirs. 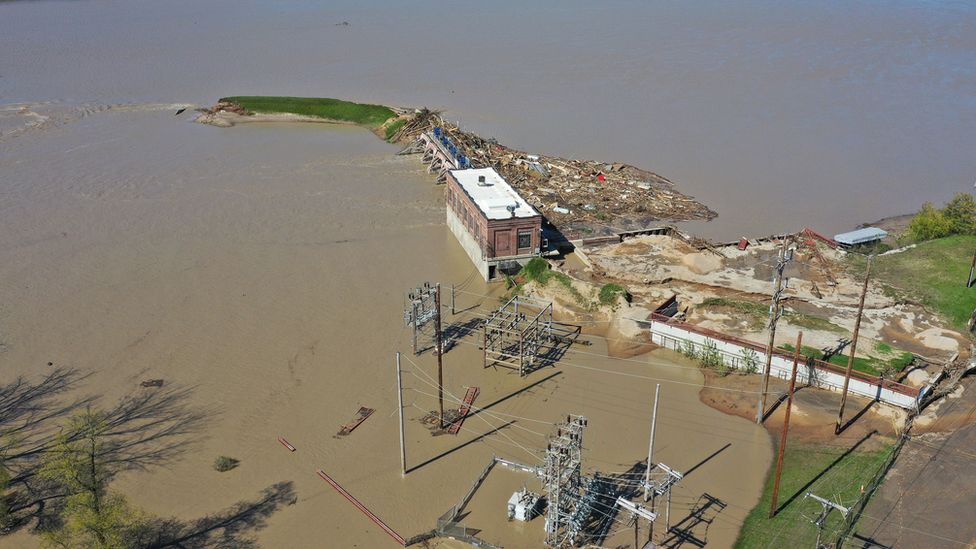 Image captionWhen things go wrong with dams, like at this one in Michigan, they can be a disaster for the environment and local population

However, the influence of dams in holding back the waters began to fade in the 1990s.

Concerns were growing about the environmental impact of large dams, and the number of projects began to decline.

At the same time, the growing influence of climate change spurred an increase in sea levels through increased ice loss from Greenland and greater thermal expansion of the waters as more heat energy went into the oceans.

All these factors have seen the rise in sea levels accelerate over the past 30 years and it is now running at 3.35mm per year.
So could a new programme of dam building help save the world from the rising waters?

Earlier this year, a team of researchers produced a paper on how Europe might avoid the worst impacts of rising seas by building a huge dam across the North Sea.
But Dr Thomas Frederikse doesn't think adding extra barriers would now work.

"At the height of the dam building, we were able to slow sea level rise by about 0.8mm per year.
"And now we're seeing sea levels rising in the last 10 years by about four millimetres per year."

"So it means that you have to build five times the amount of dams that we built in that period to stop the current rate of sea level rise."
"I think that's impossible."

The better and much cheaper option according to Dr Frederikse is to cut emissions of CO2, faster and deeper than at present.
The study has been published in the journal Nature.