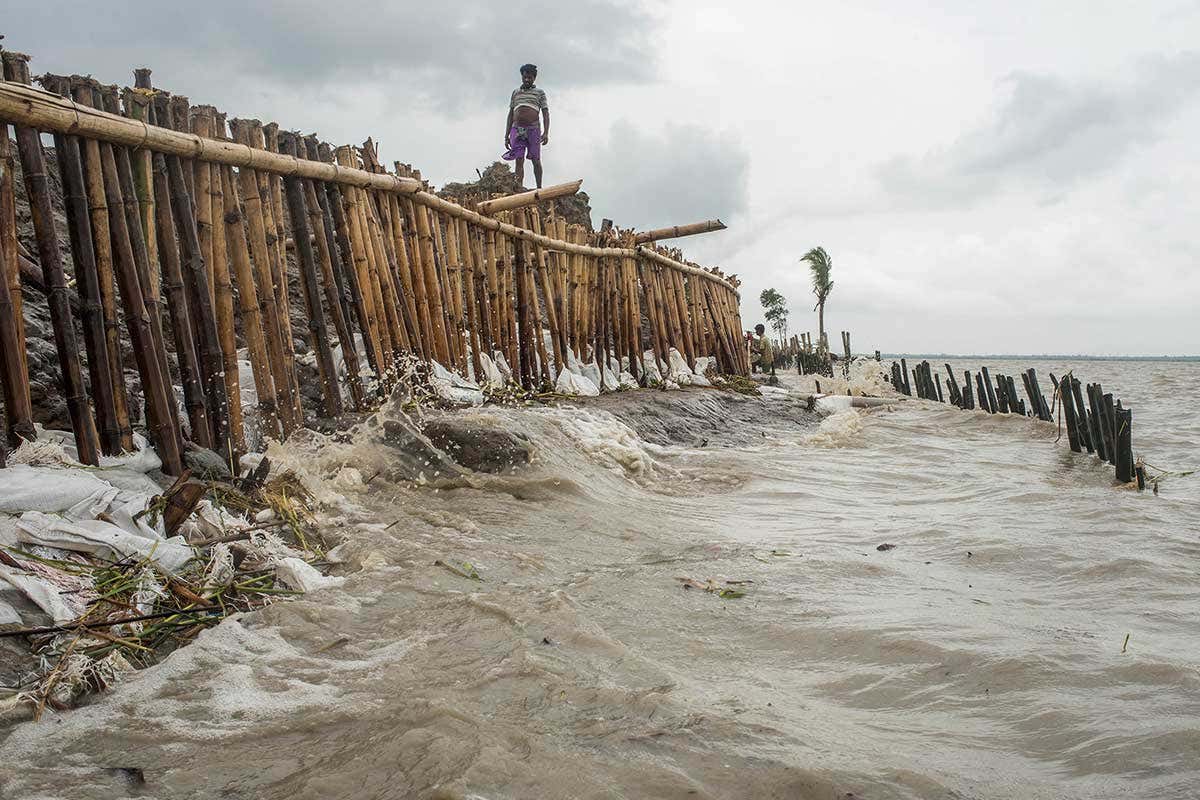 Sea levels across the world are rising faster than ever, the United Nations has warned, meaning we urgently need to increase action on climate change.

In a report released on Thursday, the World Meteorological Organization (WMO), a UN agency, painted a dire picture of all the key indicators of global warming.

The last four years were the warmest on record, concentrations of carbon dioxide in the atmosphere are at record levels and rising, and a global average sea level rise of 3.7 millimetres in 2018 outstripped the average annual increase over the past three decades.

The findings in the group’s annual State of the Climate report will bolster efforts by António Guterres, the UN secretary-general, to make governments commit to more ambitious carbon cuts at a landmark summit in September.

There is no longer any time for delay,” wrote Guterres in a foreword to the report.

Last year was the fourth warmest on record, bringing the global temperature 1°C warmer on average than before the industrial revolution.
That leaves little wiggle room for limiting rises to the 1.5°C goal that nearly 200 countries agreed to aim for under the Paris agreement. 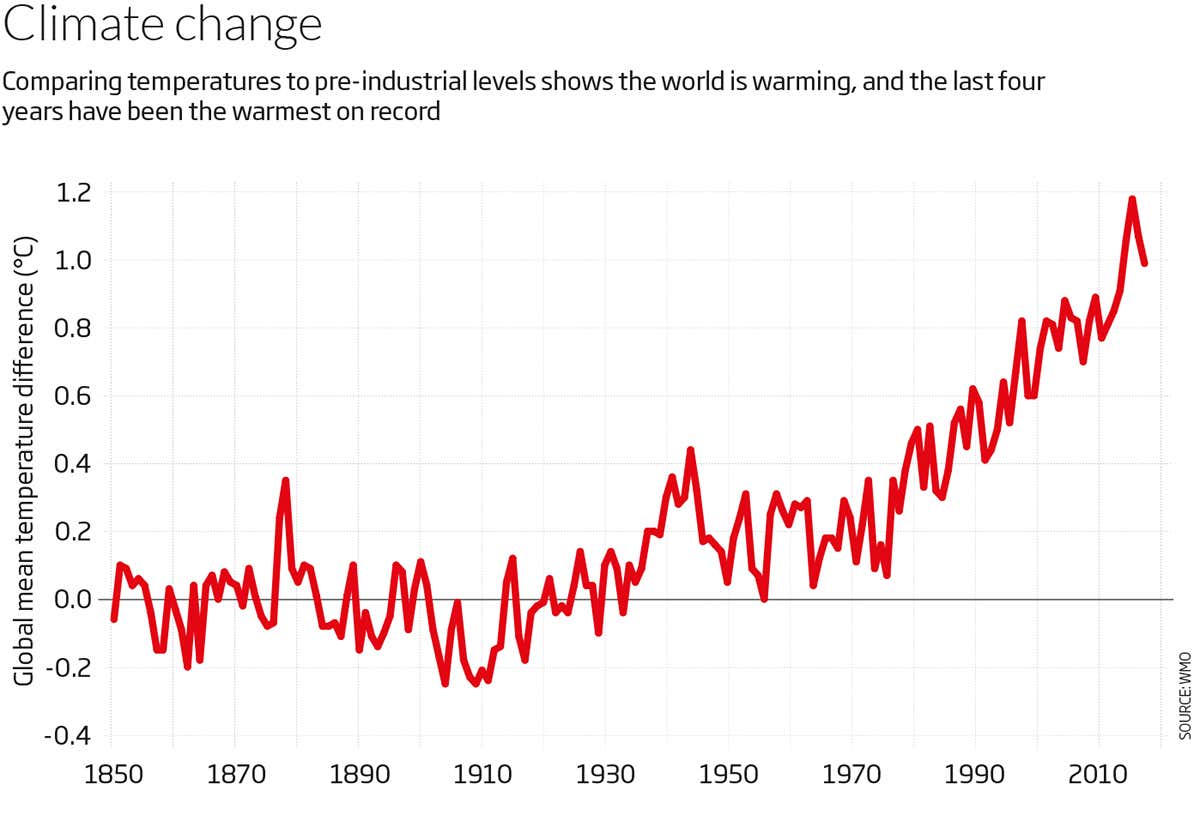 As the WMO report spells out, the average global temperature increase masks much bigger jumps in some regions last year. In the Arctic, the annual average temperature was 2°C higher and up to 3°C higher in some places.

Some of the most abnormal conditions were seen in the summer heatwave in northern Europe, which wrought wildfires across 25,000 hectares in Sweden, as well as fires in the UK, Norway and Germany. France and Germany had their warmest year on record, while new temperature records were set in Japan.

With most of the energy trapped by greenhouse gases being absorbed by the oceans, 2018 continued a long-term trend by breaking new records for ocean heat. Global glacier mass declined for the 31st year running.

Arctic sea ice was well below average, a pattern that has continued into 2019 with the maximum sea ice extent in winter the seventh lowest on record.

This, combined with the warming from climate change, means the WMO expects above normal land temperatures for 2019.
Some countries are making progress on cutting carbon emissions. For example, figures released on Thursday show that the UK cut emissions 2.4 per cent in 2018. But the global picture, as data confirmed this week, is that carbon emissions from energy grew 1.7 per cent last year.

Guterres hopes big emitters, such as China, the US and India, will come forward with stronger plans for emissions cuts at his summit in September. That comes ahead of crucial UN climate talks next year, when countries are due to publish new plans under the Paris deal’s “ratchet mechanism”, which aims to regularly increase commitments to tackling climate change.

More on these topics: